A cell door and fences lined with razor wire in Camp Four at the Guantanamo Bay detention facility. This is a communal style camp where the most compliant detainees live. According to the military the detainees living in this camp enjoy a more open-air community-style living area where they sleep and eat in small groups. The U.S. Government is currently holding approximately 340 "enemy combatants" in Guantanamo Bay, Cuba. They were captured during the "Global War on Terrorism" after the attacks on the United States on September 11, 2001. This photo was reviewed by a U.S. Military official before transmission. 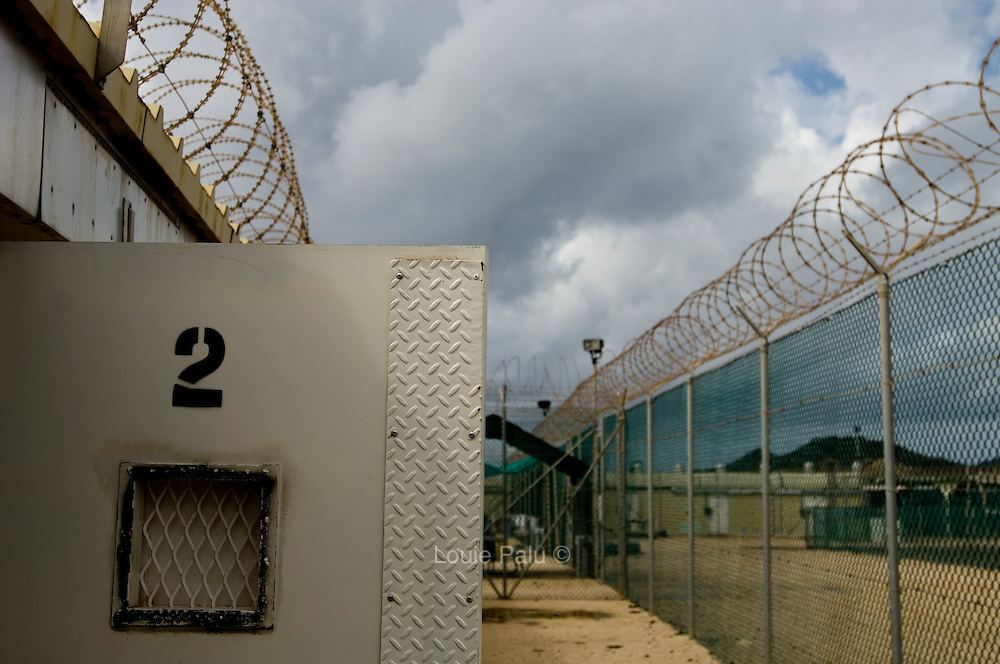