The reflection of a military official is seen in the window of a guard tower outside the outdoor recreation area in Camp 6 at the Guantanamo Bay Detention Facility in Guantanamo Bay, Cuba. The detainees held in this facility were captured after the attacks on the United States on September 11, 2001. In 2009 US president Barack Obama ordered the closure of the facility, yet to date it still remains open. These Photos were reviewed by military officials before release. 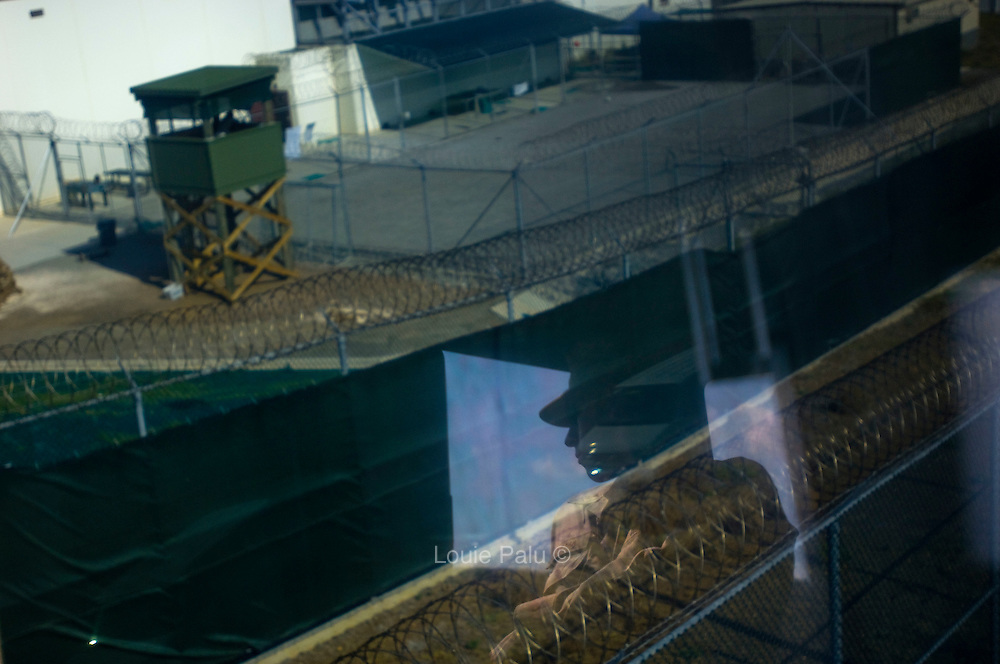